Well we attended Bar Camp Tampa again this year for the fourth year in a row. Each year that I have gone it has been at the MUMA School of Business at USF.

Bar Camp is a conference or un-conference as they call it, mostly related to tech topics. The format is really cool and a lot different then Word Camp and most conferences that you have probably attended.

Anyone can sign up to give a class and there is a wide range of topics being discussed. This year was no exception and they had everything from a class about Roblox by a 10-year-old girl to a class about how to get funding for your start up, more about that one in a minute.

Bar Camp is free to attend, not only that but they give out a free T-shirt every year and free lunch to top it all off. This year I wore my original Bar Camp shirt from 2013 and I decided to retire it. Sadly I will no longer wear it around town as it is pretty worn out from being one of my favorite T-shirts. You can get a look at it below. 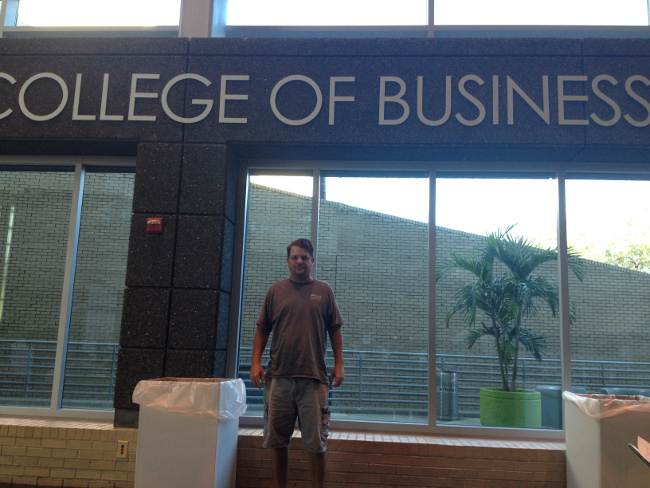 OK so enough about T-shirts, for now. Let’s talk about some of the exciting things that we saw and some of the classes that we took. I attended with my good friend Joe Lopreste. Joe is a tech crazed maniac like myself and this is the second year that he has gone to Bar Camp with me.

One of the first things that we saw when we arrived was a crazy little ball that was moving around the main conference floor. It had colored lights and was moving in preset patterns. I spoke to the operator, a nice guy by the name of Craig Clayton, who was giving a talk at Bar Camp this year on iOS development. Craig wrote an iOS program for it so that it could move in preset patterns. I shot a quick video of it.

We arrived a little bit late this year just like always and so we missed the first set of classes. At 10 AM we finally got to choose which classes we wanted to attend and went our separate ways. 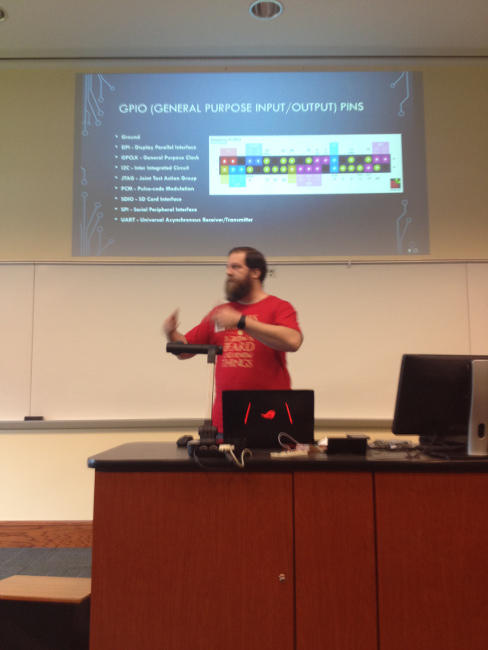 The Raspberry Pi talk was given by Chris Ayers who works at Cardinal Solutions. Chris talked about some of the many possibilities that the Raspberry Pi is capable of.

Chris also talked about how you can use your Raspberry Pi to set up a camera module for a security system or a weather station. Did I mention Minecraft? My daughter is going to love me once I get that set up on our Raspberry Pi.

After the Raspberry Pi talk I attended a class by Steve Tingiris titled “Is Your Start Up Fundable?”. Steve is the owner of Dabble Lab and a founding member of Tampa Bay WaVE.

He is very involved in the start up community as an investor and gave a great talk about what investors expect if you are looking for funding. 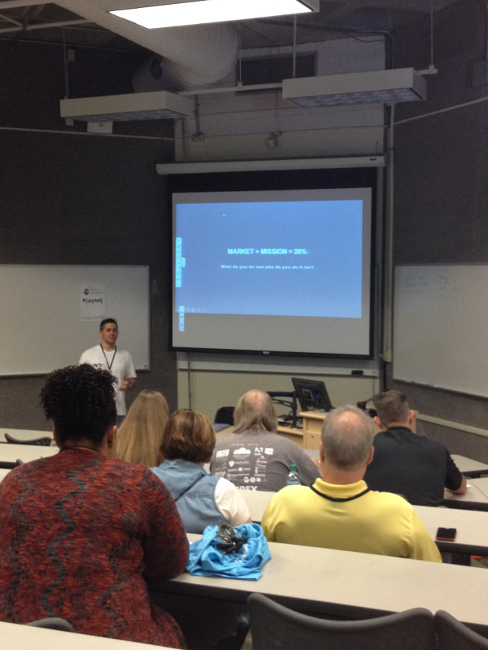 Steve’s talk was mainly about what he called the “MOST framework” which is a framework for entrepreneurs to follow when they are seeking funding. Most is an acronym that stands for M – market and mission, O – operators and operations, S – strategy and successes and finally T – timing and technology.

Each one of these carries a percentage weight that investors apply when they are sizing up your businesses potential. Steve gave a really informative talk and who knows maybe I’ll have a start up one day and this will help me to seek out funding for it.

Next up was a lunch break. Did I mention that they give out FREE lunch at Bar Camp? Count me in! I had a veggie sub with chips, pickle, Sprite and a cookie. Yum! 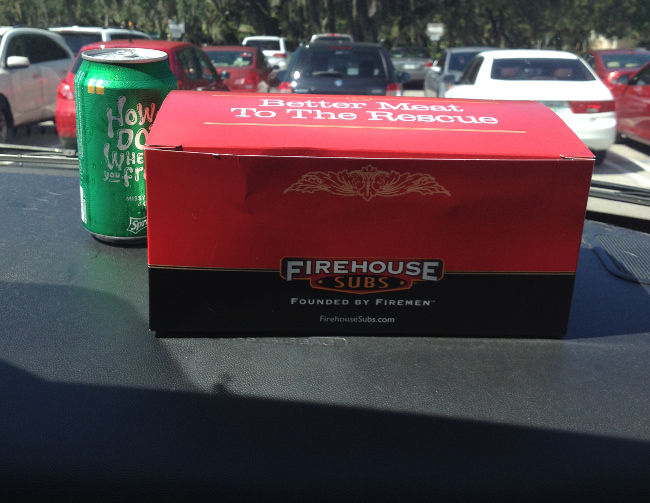 OK onto the last class which was a talk given by Liza Garcia titled “How to Get Hired”. Liza is a tech CEO and talked about what people like herself look for in potential candidates.

Frankly it was pretty eye-opening and although I’m not currently looking for a job I am looking for clients and a lot of what she said applies to that too. I think probably the biggest takeaway was that I need to set up a LinkedIn account. Can you believe that I do not have a LinkedIn account? Well I will pretty soon. 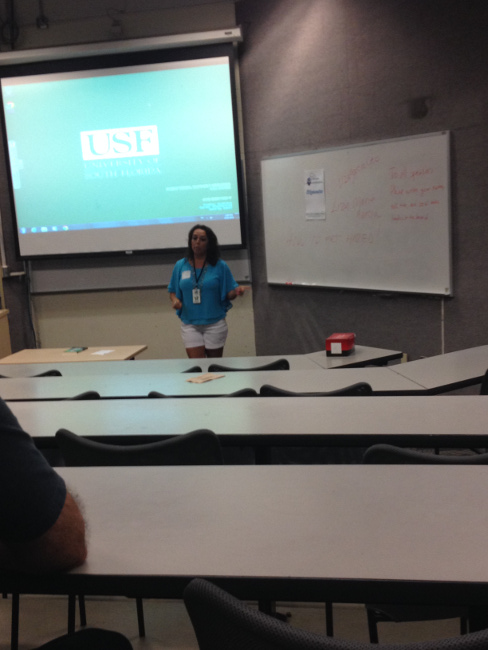 Liza also talked about how you can optimize your LinkedIn profile with keywords which I definitely plan to do. That wasn’t all that she spoke about though.

She went through IBM management training early in her career and worked at IBM. Which is amazing to me because I just finished a great book about the life of Thomas Watson, IBM’s founder about two weeks ago. He was a great businessman and most consider him to be the original celebrity CEO.

Liza said that she learned in her IBM training that she should always dress nicely and learn to play golf. Well how about that? I’ve got the golf part going for me. I love golf!

Another big takeaway from Liza’s talk was that she said if you’re looking for a job that you should follow up, follow up and then follow up some more. She made a great point that the “squeaky wheel gets the oil”. Often hiring managers don’t have time to sit down with their staff and decide which candidate is the one that will be the best fit for their company. More often than not what they do is hire the person who has most recently followed up with them.

So there you go that was Bar Camp 2016 and while I’ll miss wearing my old Bar Camp shirt, I got a new one that I’m sure  I’ll be wearing much too often. I look forward to attending again next year. Thanks: StPeteDesign.com 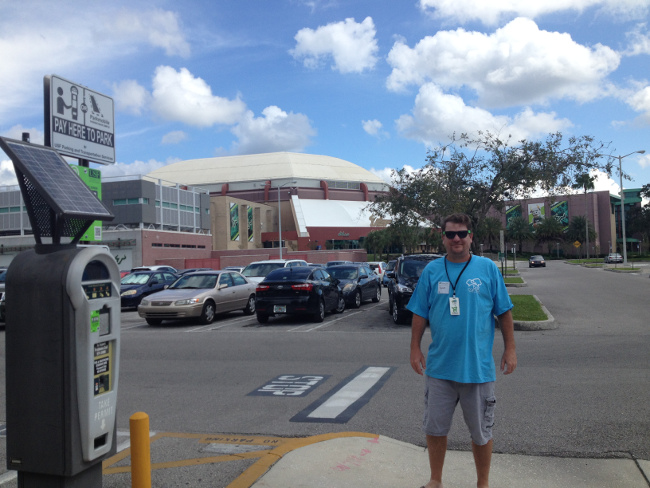