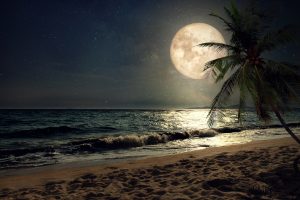 If you or your company sustained damage from Hurricane Irma and could use our FREE assistance please Contact Us Here.

Becuase of Hurrican Irma We are currently offering our Professional Drone Services for FREE to local companies and homeowners in Florida that need help assessing the damage to their property.

When Hurricane Irma came through Florida it opened our eyes. It was a shock to use that in the day and age it was difficult to get current and relevant information about Hurricane Irma. All the info came from the big news media outlets. We could not find local, on the ground, organic videos from people who are experiencing them at that moment. Not some dope standing in 2 inches of water and holding their hat in the breeze for effect.

A video from the aftermath of Hurricane Maria in the Dominican Republic.

We have added the latest in technology. This is a live wind map and you are able to watch Hurricane Maria and others like it that are currently active. We were able to watch this wind map and have a very good idea on exactly where Hurricane Irma was hitting Naples Florida. Wich was very useful to use because as soon as we see it hit Naples Florida, we knew it would power very fast and if it did hit us it would at least of been a category 1 or a category 2 at most.

As much as we feel bad for Naples, there was a sense of relief for our area. We were spared the worst of this Hurricane. You are able to change the data points on this wind map. You can also follow the link and use all of their tools available. Remember, Knowledge is half the battle.

These videos are from local people on the ground when Hurricane Maria hit the Dominican Republic. I believe these people are much braver than the media. They are actually inside Hurricane Maria not sitting there after the Hurricane has passed by.

These youtube videos are straight from Dominica. The power of Hurricane Maria is just amazing. Anything in its way has no chance. These videos are proof of that. Watch these videos at your own risk. There are graphic scenes throughout these videos. These are here to inform us of what is actually happening.

Here we have a collection of twitter videos that show Hurricane Maria at full power. I can’t emphasize enough how much respect I have for the brave men and women who take and post these amazing videos of Hurricane Maria. I can imagine how scared I would be for any Hurrican of this magnitude coming my way. So hopefully we can all learn from videos of Hurricanes like this. Most importantly learn how to better prepare for this natural disaster.

Peurto Rico has issued a warning to all locals:

“Evacuate…. otherwise you are going to die”. 1000’s of Puerto Rican s have been told to Evacuate or die as Hurricane Maria heads directly for the islands.

The center of Hurricane Maria is expected to hit the southeastern coast of Puerto Rico at 1 pm on Wednesday BST. Maria is expected to strengthen to a category 5 storm until it makes landfall. This information is based on the US Hurricane Center (NHC). Hector Pesquera, Peurto Rico’s public safety commissioner issued the warning himself “You have to evacuate. Otherwise, you’re going to die.” He continues to say ” I don’t know how to make this much clearer”

At this time Hurricane Maria is an estimated 85-90 miles southeast of Puerto Rico. Maria still has winds with maximum sustained winds in the 165mph range according to the (NHC).

This will be a very devastating Hurrican for this region. The houses are a mix of Hurrican proof buildings and buildings and homes that are not hurricane proof.

They do expect this storm to weaken once it crosses Peurto Rico and emerges over the Atlantic just North of the Island.

By this time. Reports are coming in from the islands that 90% of the buildings are destroyed. According to the prime minister, the island of Dominica has suffered devastating damages not only to its houses but more importantly. Hurricane Maria has completely destroyed the infrastructure in the region.

Here is a video of the devastation before Hurricane Maria. We must do more to help our fellow citizens. #USVIStrong #Onenation #Onefamily pic.twitter.com/B4Oysyqo9b

Hurricane Maria is about to hit the island Puerto Rico

The eye of Hurricane Maria is about to make landfall according to the (UNH). Which means the islands have been being hit with severe winds for some time already. It has maximum sustained winds of 155mph. So as you can see from the pics below. Hurricane Maria has caused massive devastation inside of the Dominican.

As all Hurricanes, Maria has caused massive flooding. This is a twitter video of flood waters flowing down the street and just taking anything in its path with it. The sounds that the wind is making is something that I have never heard before. These islands are catching the absolute worst of Hurricane Maria. I hope that everybody has taken to heart the warnings and stay safe!

Starting To receive images from Puerto Rico. My sister just sent me this. It’s from Utuado my hometown. #HurricaneMaria pic.twitter.com/STnSEI9yBm

The worry now is that with all of this heavy rain Maria is dumping, it may cause the river levels to reach a dangerously high level. Because of this Peurto Rico has begun to issue flash flood warnings. These warnings cover the east side of the entire island until late afternoon.

When Hurricane Maria knocked out the weather radar for Peurto Rico. The NOAA provided a satellite to provide vital forecast data for the Islands. Give credit to them for being prepared to act so quickly to this emergency. Just have the live data will save lives as they go through this category 5 Hurricane.

The River located near Comerio has flooded over an estimated 70ft. If these numbers are correct, this could turn out to cause much more damage than the winds caused earlier in the day. It is the 1-2 punch that mother nature deals us with Hurricanes. Most people don’t understand that most losses of life and property come with the massive floods long after the winds have past.

Here are some aerial videos of the damage caused by Hurricane Maria. As you can see this Hurricane has destroyed everything. It’s hard to imagine what it would be like to live through such devastation. Everything you had worked your whole life for, gone.

If you or your company sustained damage from Hurricane Irma and could use our FREE assistance please Contact Us Here.

Becuase of Hurrican Irma We are currently offering our Professional Drone Services for FREE to local companies and homeowners in Florida that need help assessing the damage to their property.